Natural, Non-toxic, Enduring, Fast, Fire-proof, Pest-Proof, Gorgeous, Easy, Sculptural, Cozy
It's time to start planning that building project...sign up for a workshop and build as fast as humanly possible!

What's so "Easy" about Fast Cob? 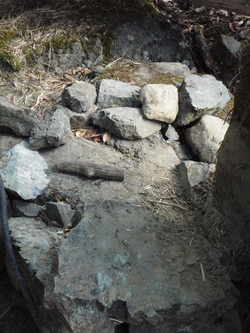 When we say Fast Cob is "easier", we mean:
Of course, we don't mean "easy" as in no physical labour.  Converting a giant mound of earth into vertical walls takes a lot of energy.  Our technique utilizes many natural processes, but because there are no machines, there is LOTS of human effort involved.

If you're inclined to use machines, you likely won't enjoy Fast Cob.

If you like to be able to build and make stuff, and you don't want to invest in tools and machinery, you'll love Fast Cob!